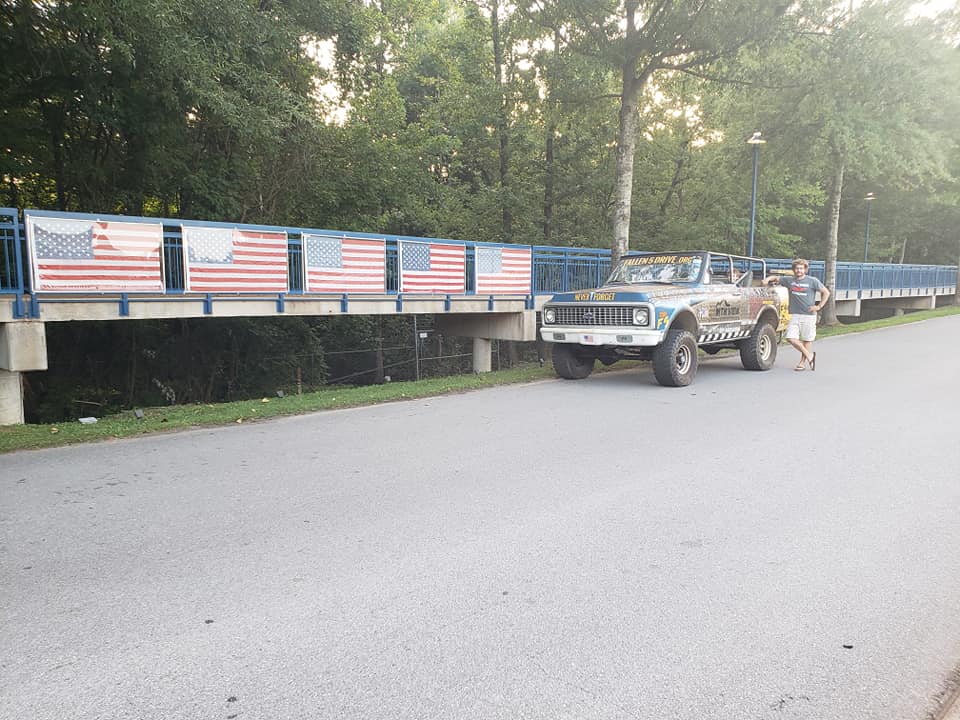 Waking up on the 12th meant taking down the flag from the main sign. I wanted people to see the flag flying and know the 9/11 victims and Fallen 5 were not forgotten. Once up I went to remove the flag by driving there in the Blazer of Glory, but the shifter broke when I went to back up. Once realizing what just happened I decided to walk to the main sign. Since we slept in the park it was not too far of a walk. I actually enjoyed the walk early in the morning to retrieve the flag. In the dawn’s early light, the flag was still there! 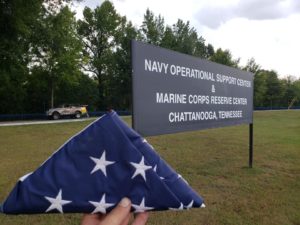 We took a couple pictures of the flag hanging and then folded it up for next year. Each time the flag was folded this year someone learned how and I got practice too! Flag raising and folding is important process and holds respectful meaning in each fold. To fold a flag one must take great care with each fold because you must reach the end with enough excess and have formed a perfect triangle.

After folding the flag, the humbling walk back in front of the building where the men lost their lives gave me time to think about their last moments. I am still here with a mission and they left while on their mission. Picking up the flag and carrying it on is all of our duties and we each do it differently.

Getting back to the truck I figured out what we could do to get a cable made as soon as possible. The part that broke was critical. I called Hudlow Axle and they recommended Hydraulic Supply Co. in Chattanooga and they were able 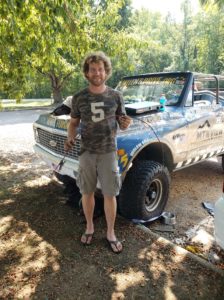 to make a custom cable before the end of the day. We decided to go shopping and get more supplies for making burritos again. The people requested them as they are filling and easily eaten.

After getting the cable and food I set to work fixing the truck and adapting the plans for the day. I forgot some small bags and needed ice for the cooler. Once back at the truck I set up a cooking station for 96 eggs and 50 burritos with cheese! My little fold up table and Coleman grille were ready to cook 6 eggs at a time and package up the food as quickly as possible. After 2 to 3 hours of cooking I was exhausted and it was dark. I got to work before looking at the clock, but it took much longer than I anticipated. The pups and I were ready for bed! 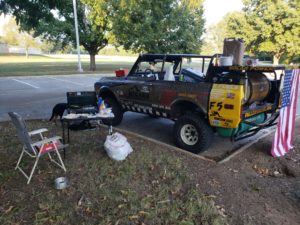