The Fallen 5 Drive is a rolling memorial dedicated to the 4 Marines and Navy Sailor who were killed in a terrorist attack in Chattanooga, TN on July 16th, 2015.  The Blazer of Glory has been driven 50,000 plus miles over 5 years in the Fallen 5’s honor – in an effort to help people remember and understand their sacrifices.

In 2016, one year after the shameless terrorist attack on July 16th, 2015, Joshua Kapellusch and Daniel Hopson – both veterans – took a 5,000 mile trip to honor the Fallen 5 in 2016. They drove the Blaze of Glory on 5 fuels, in 5 days to take a folded American Flag to the middle of the Golden Gate Bridge to fly in their honor.

In 2017, two years after the attack the Fallen 5 Drive was made again by Joshua Kapellusch and Michelle Cantrell to fly the saved American flag from the middle of the Golden Gate Bridge.

In 2018, 3 years after the attack, Joshua Kapellusch and Mack his dog completed the 3rd Fallen 5 Drive! We flew old glory once again to show our love and support for the men and their families despite numerous challenges.

In 2019 Joshua Kapellusch ‘deployed’ to Chattanooga, TN in the Blazer of Glory to honor the Fallen 5 by feeding and watering Americans who are homeless. He stayed in the truck and essentially embodied a deployment mentality, and sacrificed comfort for care in community.

In 2020, 5 years after the terrorist attack, Joshua Kapellusch decided to run from the shooting site in Chattanooga, TN with the American Flag on his back, across Veteran’s Bridge on July 16th. The total distance was over 5 miles in the dead heat of summer on blacktop.

For 2021 – We are planning something great! Send ideas to Joshua Kapellusch.

Josh visited the Amnicola Hwy shooting memorial site in Chattanooga, TN one month after that fateful day in July to pay respects to the fallen 4 Marines and 1 Sailor slain in a terrorist attack. He rescued and folded up one of the large memorial flags with an active duty Sailor from the unit. It was hanging from the main entry sign to the training center, a site of the shootings. That very flag was destined to be burned according to proper disposal procedures. In that moment he dedicated himself to make an exhausting 5,000 mile journey across the country one year later to San Francisco where he and Daniel would unfold that very flag one year later, and fly it with pride from the Golden Gate Bridge. It was their way of taking the fight to the enemy – showing courage and solidarity. Semper Fidelis

They left for their journey on July 16th, 2016 from Chattanooga to drive for 5 days straight. They departed from the 1 year dedication ceremony at the Tennessee River where thousands gathered to honor the Fallen 5’s sacrifices. Josh and Daniel made the mission a success by hanging the flag and then arrived back home after 5,000 plus grueling miles, weary but so proud! The mission was complete!

Today, the burning desire to honor the Fallen 5 is driving another plan to make the same mission possible year after year. Josh dedicates himself to making the mission a success every year to help all Americans never forget the sacrifices these 5 men made for our freedoms. The date is set, and we are getting ready. But we need your help. Share this page, contribute funds, and follow our journey to honor the Fallen 5.

Contact Josh for additional details. This page will updated as the date approaches so stay tuned. We need your support! 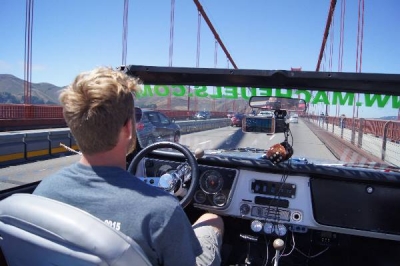 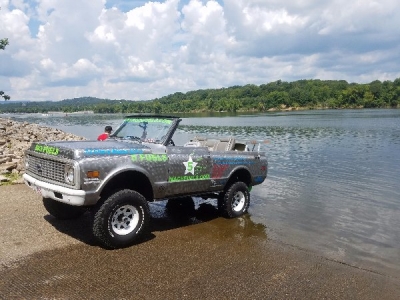 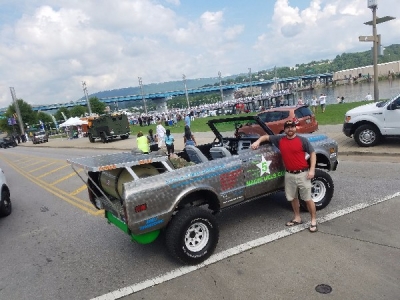 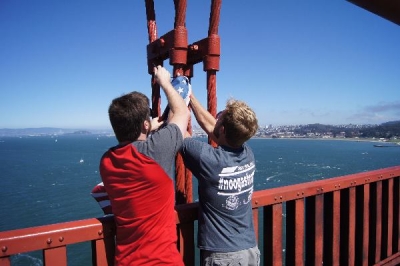 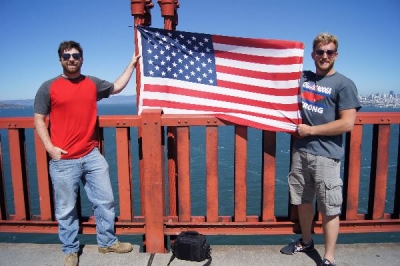 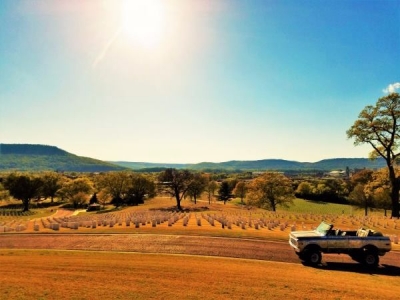 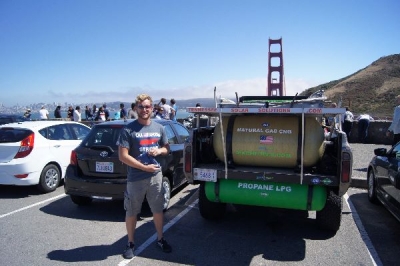 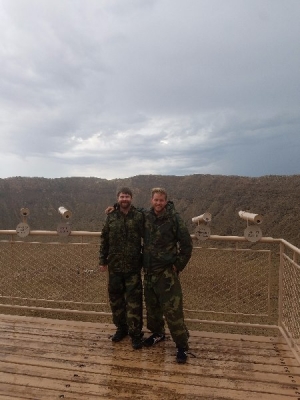 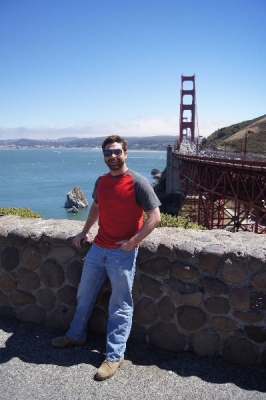 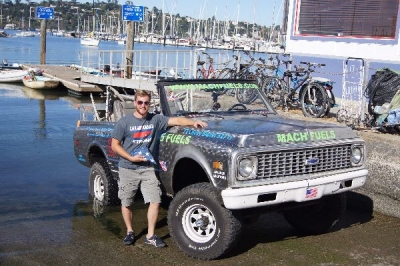 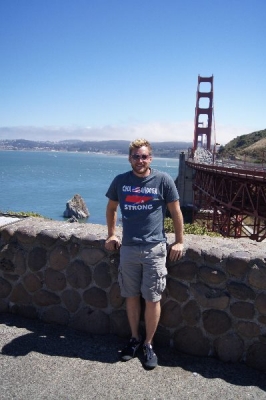 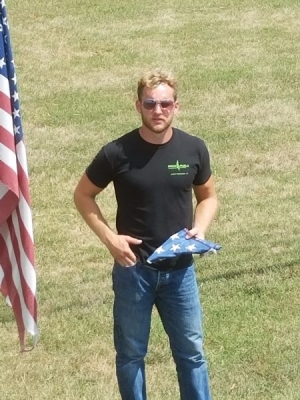 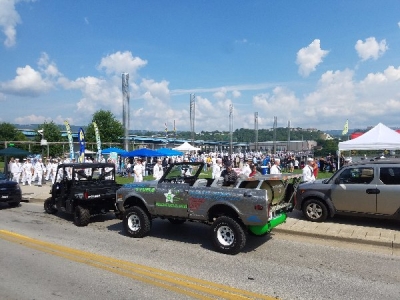 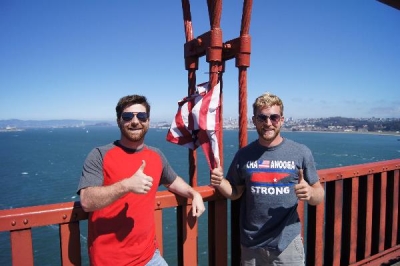 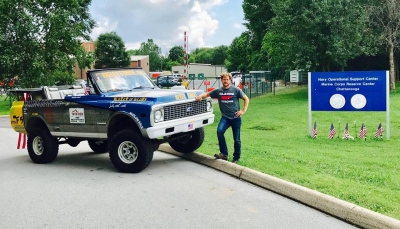 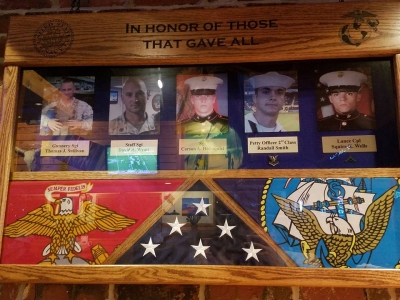 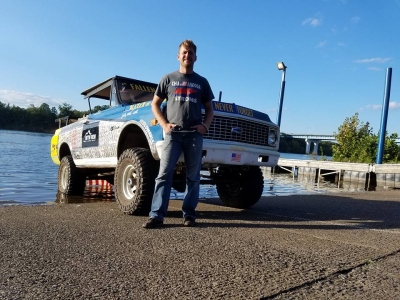 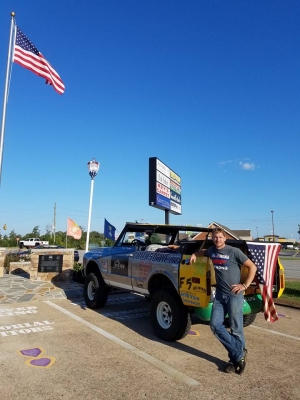 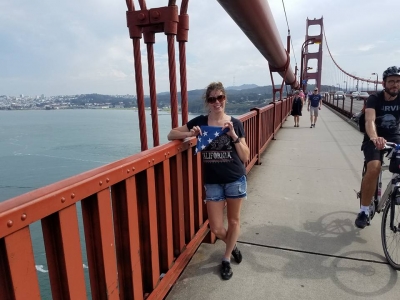 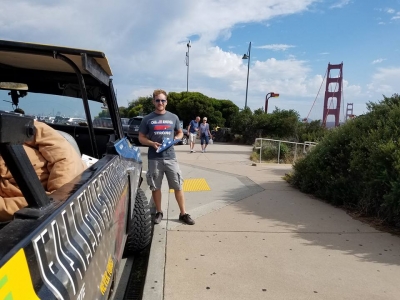 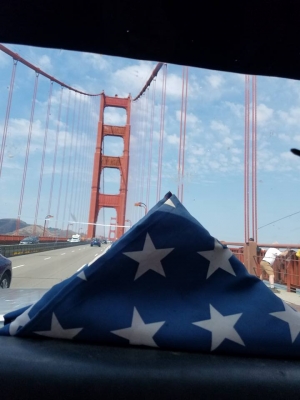 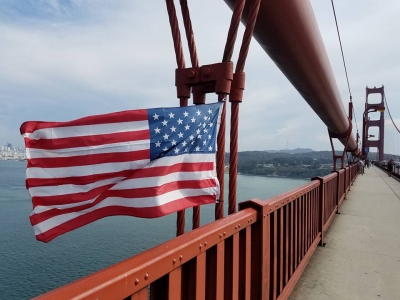