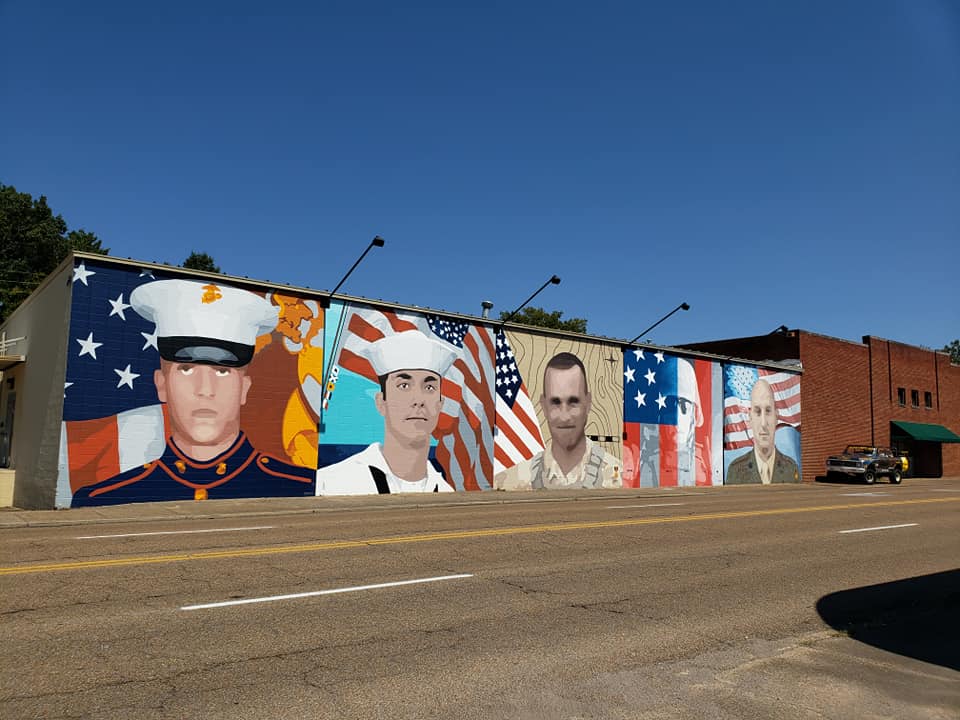 These men gave their lives for our freedoms in Chattanooga.

The Fallen 5, as they have been named, represent of any members in the military past or present. There are many military bases across the country and world that could be attacked. It could have been you or me. I cannot change the past or bring these men back to life. I can however, keep their memory alive and keep the drive alive. I wanted to do something so profound that would honor them in the best way possible.

I felt such compassion and frustration after the attack. I wondered what I could do. 30 Days after the attack I made the Fallen 5 Drive mission a dream to set out for the Golden Gate Bridge with a flag from the shooting site. I did it one year later leaving from the riverfront memorial service 1 year later on July 16th, 2016. Daniel (a Marine from that unit) and I left for a 5,000 mile mission to honor the Fallen 5. We completed the mission by hanging a flag from the bridge and brining it back home.

The purpose of the mission is to sacrifice personally, and honor them in our acts. The years since the attack I have seen Chattanoogans come together in their own ways. Some ride Harleys, some run, some wave flags, some put stickers up, some donate money, some cry. I drive 5,000 miles with a folded flag. I tell their story all year long. I drive everywhere with their memory on my truck. It has taken quite a toll on my and this year has been difficult.

This year I will run 5 miles from the Naval Base to Veterans’s Bridge in Chattanooga with the flag on July 16th, 2020 starting at 10:30 AM. I will fly it the whole way while I run. I will run along Amnicola Hwy to the bridge to raise awareness and honor them. Later in the year I am planning to visit each family in their hometown and talk about the missions I have been on in their honor. I have another huge plan, but I am flushing out some details. Stay tuned for the drive/run update this year! I will need your moral support! I am not a runner and will push through it! God Bless the FALLEN 5.