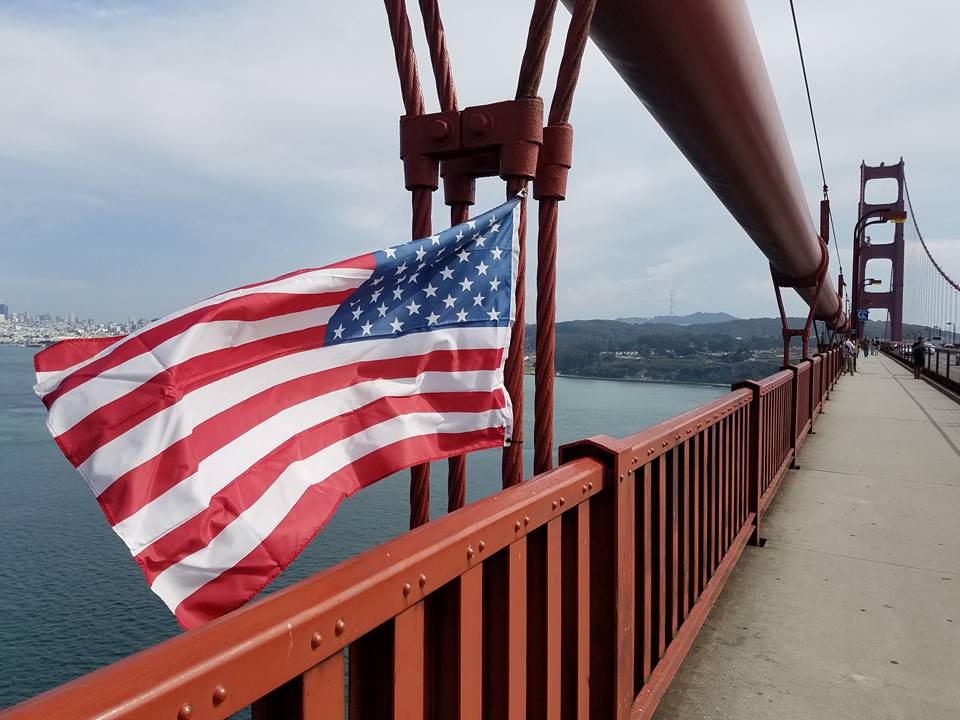 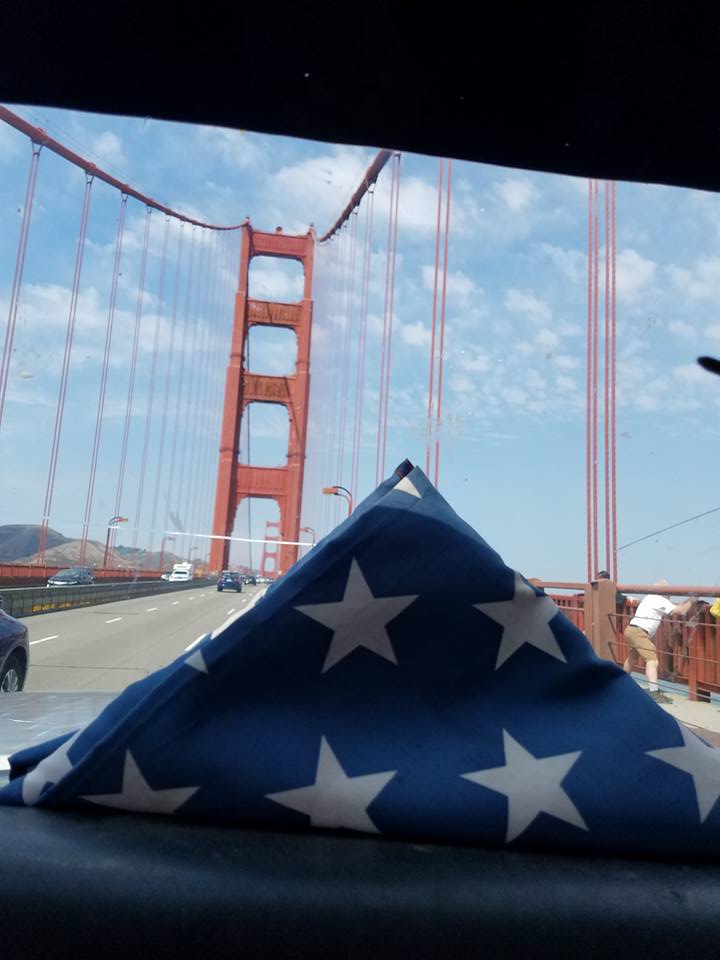 This day is about hanging the flag on the bridge. Alive and not eaten by bears, we awoke to a rather cold morning. A silent epic-ness screamed with the daylight bringing alive all of God’s creatures. The site was really just a parking lot, fairly open with campsites and campers off into the woods.

Since we weighed the options of spending the night in San Francisco vs. the Yosemite National Park – the park won, even with the bears! Day 6 was certainly the most exciting one for me. It was only a couple hour drive and we left early in the morning. The sights were beautiful and gave me a chance to reflect on the importance of our mission. So close to completing the crossing of the flag, I was eager to drive.

After negotiating the usual traffic and after a quick propane stop, we were in San Francisco! The bridge came into view and it was a proud moment. For the second year in a row we brought the flag to the bridge to remember the Fallen 5. Crossing the bridge was a proud moment especially since it was September 11th. After parking and a few pictures we began the long walk to the center of the bridge. It’s a walk in which you think about these men that died. I also get really excited to finally fly the flag.

After getting the zip ties ready, I reached for the flag from my pocket. Michelle got the camera ready and went Facebook live to record the moment of hanging the flag. It was a wonderful feeling to see the flag flying for a second time. I spoke a little bit on the moment and then we paused to show our respect. Over a period of time we watched people stop to take pictures with 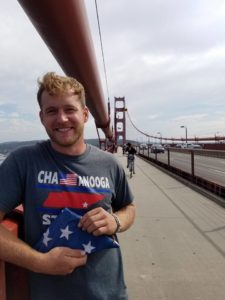 the flag. Couples, selfie-takers, and photographers all stopped to take pictures. Then a police officer on a bike approached and my sixth sense told me that we were about to have our flag forced down. I allowed the police officer to explain himself, and he allowed me to explain our mission and purpose. We both understood that the flag must come down or force arrest – sadly. The cop, a former marine himself, did not agree with the order but still enforced it. 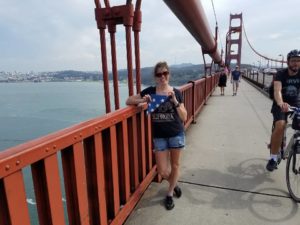 Michelle and I folded the flag after cutting it down. It will remain folded until it flies again next year off the bridge. The flag again sought its place in the dash of the Blazer of Glory until next year. The last part of the mission was to put ocean water on the flag and Blazer to connect the bodies of water. After loading back up we headed over the bridge for a final pass. Our mission was complete! We did it! Now the flag will return to Chattanooga, TN with us. We will NEVER FORGET the Fallen 5.